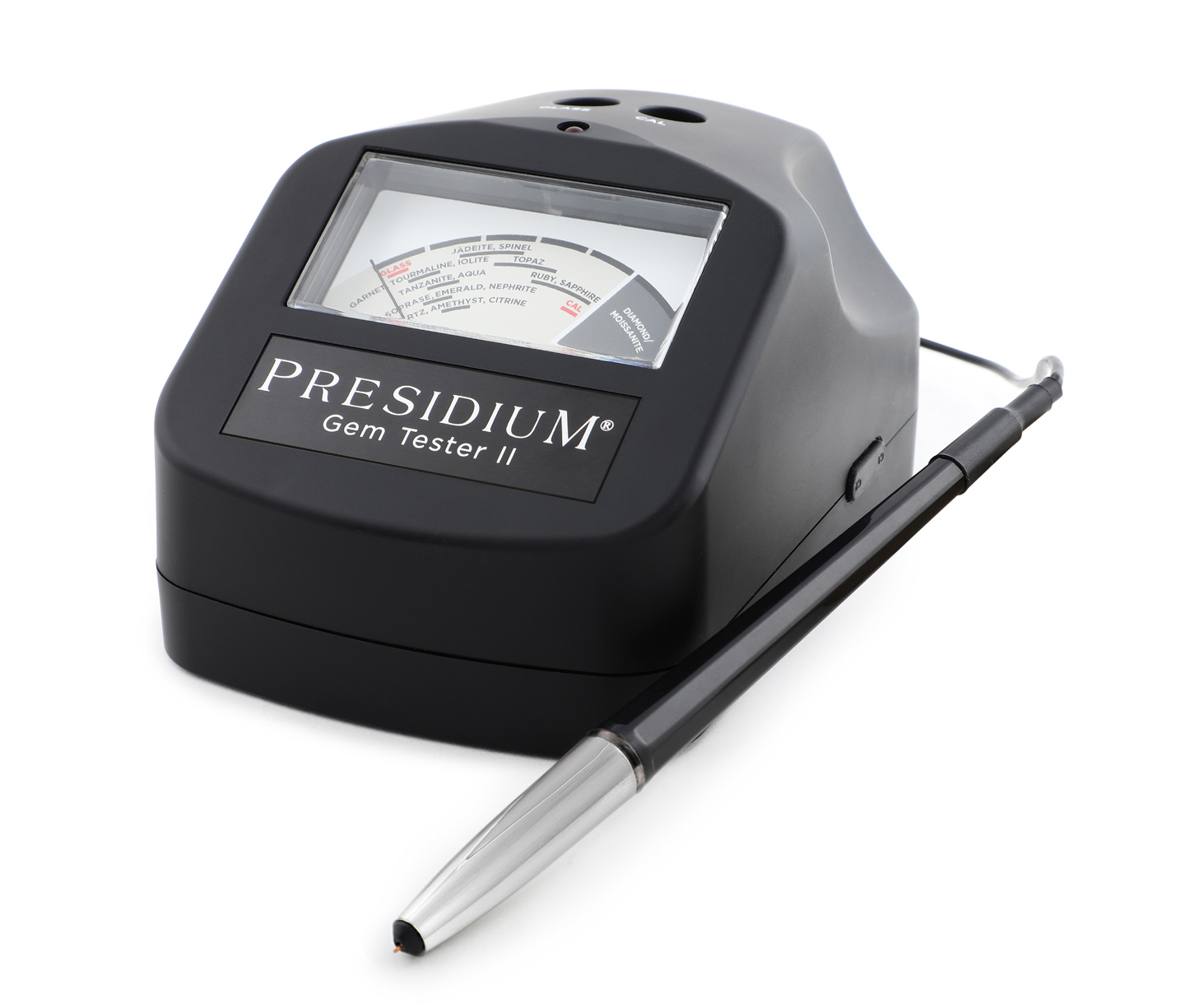 The most trusted and sought after colored gemstone has been redesigned with the user in mind to be more compact, sturdy and portable. The Presidium Gem Tester II (PGT II) features a clear and direct analog display for a quick way to identify diamonds/moissanite and separate up to 15 common colored gemstones from one another based on their thermal conductivity. It still features a retractable probe tip that ensures consistent pressure against the gemstone during tests resulting in more reliable results. With the industry’s thinnest probe tip size of 0.6mm, the PGT II tests gemstones as small as 0.02ct. Coated gemstones can also generally be tested with the PGT II. Note: Does not differentiate between natural and synthetic colored gemstones or diamonds against moissanite.